This is not the first time when Twitter accounts of celebrities and companies get compromised. But this time this CYBER ATTACK threatens major companies and celebrities in the US. The attack includes Elon Musk, Jeff Bezos, Apple, Barack Obama, Bill Gates, Joe Biden, Kanye West etc.

The official accounts of the hacked accounts have requested donations in the Bitcoin.

The hackers have posted about fake giveaways from the hacked accounts, asking for Bitcoin (BTC) payments in an address and promising to double the amount.

Twitter has confirmed that it will take the necessary step of blocking new tweets from every verified account. Also, the account will be locked until the IT team fix the issue.

“We are aware of a security incident impacting accounts on Twitter. We are investigating and taking steps to fix it. […] We’re continuing to limit the ability to Tweet, reset your password, and some other account functionalities while we look into this.”

Twitter CEO Jack Dorsey posted that the IT team is investigating what happened and said “We all feel terrible this happened.”

Most of the crypto exchanges also addressed this cyber attack. One of the biggest cryptocurrency exchange – Binance made an announcement that the team is taking critical actions to protect their assets by blocking the scammer’s addresses. The exchange also said that no Binance users has sent Bitcoin to the scammer’s address.

A total of 300 transactions were made and the address has received over $100,000 to the BTC wallet. The reason for the hack and the person behind the major hack is still under investigation.

Some of the sources also believe that there might be internal hands or some of the ex-employees of Twitter are involved in the hack.

This cyber-attack is just a trailer and this kind of activity could rise in the future as well. To be on the safer side, internet users need to be aware of what they do on the internet. 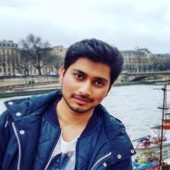 Aman is a stock market analyst who has 7+ years of experience in Wall Street and Asian markets.

How to Start Investing Your Money – Beginners Guide